What we’re going to do here is go back. Way back.

OK, apologies for the Neneh Cherry reference there, but why not use a historic tune to headline a post about trawling the archives?

Looking at my catalogue, I’ve currently got about 46000 pictures on my groaning HDD (yes, well backed up, if you’re asking – but that’s a whole different post) and only a very small part of that are pre-2012 film  scans. I had a fairly long hiatus in my 20s with my photography – I was too busy being a poor student and my kit had got stolen a few too many times. It was only after 9/11 and an excuse to go and visit an old friend in New York that I thought I’d pick up a compact and a bunch of rolls of HP5 (that’s B&W film), then when I got back I decided to invest in some professional development – the results were a revelation, and I got hooked again, for a while. But my resources were limited and high quality processing expensive.

It took a little while to be persuaded into digital – and I went secondhand again, with a little 3.2Mp Kyocera which I messed around with until it came with me on a much needed break from the UK, on the week that I was due to get married but didn’t, due to all sorts of complicated reasons which have faded now but which were pretty raw then. The scenery was breathtaking – I took along an old friend as moral support and my little camera, and got some pretty terrible pictures. But somewhere along the line my old instincts kicked back in and I was starting to see pictures around me, just like old times.

I didn’t get many photos of outstanding quality, but I love this trip as it was a transformative experience for me – times were still rough when I got back but at least I’d reconnected with two old friends, even if one of them did drop the other in a glacial lake. 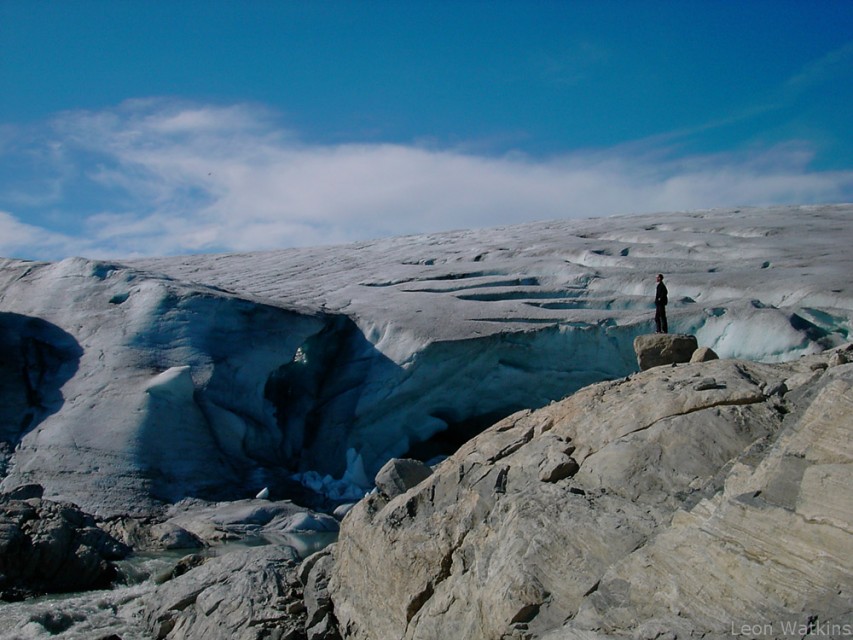 Taking the Air in Norway.

View the rest of the Album (20 pictures)

I intend to try and select no more than 24 pictures from every year I produce a gallery for. It’s going to get harder as I get closer to the present and the sheer volume of photos competes against my ability to filter and select what are the really important photos – time and distance make those sorts of decisions easier.